ElvalHalcor recognised as True Leader for 2017

ElvalHalcor was recognised for the sixth consecutive year as a “True Leader”, in the framework of this established ICAP event. This year’s ceremony took place on December 20, 2018, in Athens and 61 companies and nine groups in total were awarded prizes, all leaders of the Greek economy. The “True Leader” event, for the past eight years, recognizes and awards those companies and groups which combine four objective and measurable criteria, i.e. solid financial results, investment in human resources, leading position in the relevant business sector and a high credit rating. 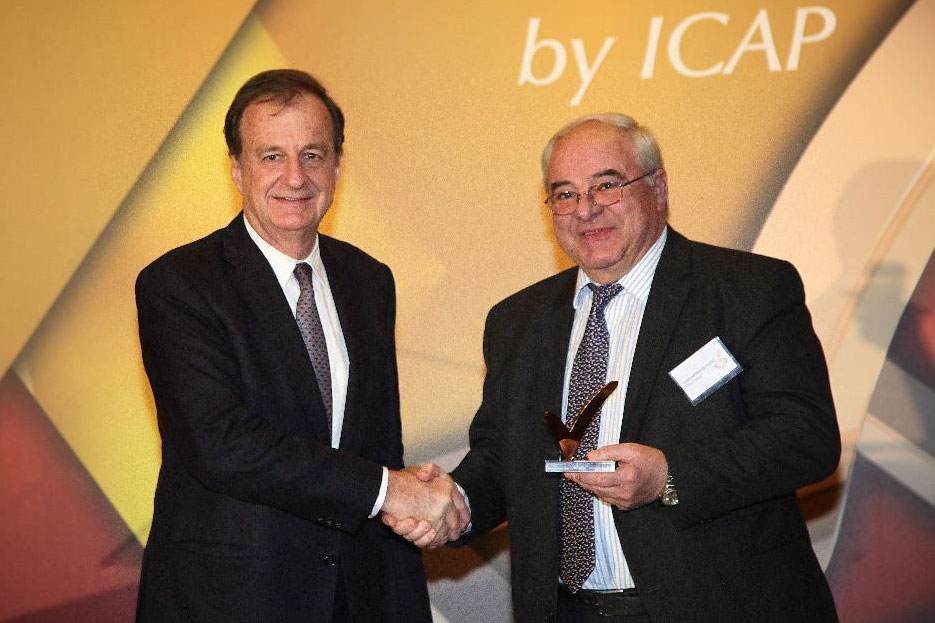 ElvalHalcor is an important player in the non-ferrous metals industry, with global presence and high expertise in aluminium and copper segment. ElvalHalcor’s success is derived from its commercial export orientation, customer-focused philosophy and innovation which comes through continuous investment in research and development (R&D).

In 2017 the annualised consolidated revenue of ElvalHalcor increased by 21.5% compared to the previous year and amounted to EUR 1,863 million. Earnings before interest, taxes, depreciation and amortisation (EBITDA) on an annual basis amounted to EUR 160.5 million, recording a 28.7% increase, while the investment plans amounted to EUR 47.2 million. ElvalHalcor is an export-oriented company and therefore it greatly reduces its reliance from developments in the Greek market. In the fiscal year 2017 and on an annualized basis, ElvalHalcor’s sales to non-Greek markets accounted for 80% of the turnover. Additionally, in 2017, ElvalHalcor managed not only to maintain but also to increase jobs by 5.1% in relation to the previous year. As well the subsidiaries of the aluminium and copper segments recorded a 5.1% and 4.3% increase in jobs, respectively.

ElvalHalcor S.A. Hellenic Copper and Aluminium Industry is a leading global industrial producer of aluminium and copper. The Company was formed in December 2017 via a merger by absorption of Elval Hellenic Aluminium Industry S.A, a leading international aluminium rolling company, by Halcor Metal Works S.A., the largest copper tubes producer in Europe. For more information about ElvalHalcor, please visit our website at www.elvalhalcor.com.

ICAP is the only company in Greece recognised by the Greek Capital Market Commission and the European Securities and Markets Authority - ESMA as a Credit Rating Agency (CRA). The leading institution True Leaders which has been organised under the auspices of the Ministry of Economy and Development and the Hellenic Federation of Enterprises (SEV). For more information, please visit the website: www.icap.gr.